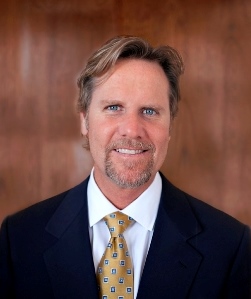 Mark serves as CEO of the Patrick Petroleum family of companies. He has over 32 years of experience in management, development, operations, production acquisitions and divestitures, negotiations, finance and deal structure. He has worked in basins in California for Benton Petroleum as a startup oil and gas company, as division Manager(s) in Montana, North Dakota and Texas for PPC operations in the Williston Basin and Permian Basin and as President of Patrick Exploration Company which acquired 3D seismic surveys and drilled and produced wildcat exploration wells in West Texas. Mark has overseen all operations for the company since inception including the company's operations in the Mid-Continent basins in Oklahoma, Kansas, Nebraska and Texas. Mark has a Business Administration degree in accounting and finance from Albion College.

U.E. "Pat" Patrick has been engaged in the oil and gas exploration and production business since 1962. Mr. Patrick served a Chairman of the Board of Patrick Energy Corp. since inception in 1998, and prior to that was Founder, Chairman of the Board and President of Patrick Petroleum Company, which was formed in the 1962, and grew into a NYSE company with over 300 employees with $300 million in PPM drilling and development capital offerings and 9 division offices in the U.S. ranking consistantly in the top five national public and private (PPM) drilling fund companies. In 1995 Mr.Patrick oversaw the merger of Patrick Petroleum Company with Goodrich Petroleum Company (the surviving entity) which is still a publicly traded company. Pat was a Founder and Director at Marcum Natural Gas (now Metretek Technologies, Inc.) and Founder, Director and financier of Benton Petroleum (now Benton Oil & Gas). 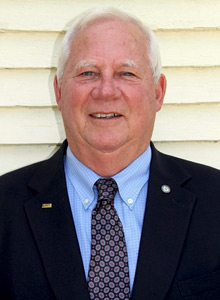 
William "Bill" Stelzer has over forty years of experience in conducting and managing oil and gas exploration projects. He has conducted and managed numerous successful oil and gas projects as an Exploration Manager and consultant for multiple companies resulting in significant new oil and gas reserves. The basins in which he has worked include the Midland, Delaware, Williston, Powder River, Bellingham, Michigan, Illinois and Appalachian Basins. Additionally he has served as Consultant to the State of Michigan DEQ which oversees the oil and gas development in Michigan. Bill was Exploration Manager for Patrick Exploration Co. (during which time he conducted exploration efforts in the Michigan Basin and Permian Basins utilizing 3-D seismic which resulted in several Nigaran reef discoveries in Michigan and multiple Pennsylvanian reef discoveries in West Texas) Mr. Stelzer has been a Board Member of the Michigan Oil and Gas Association for the past sixteen years, and a member of National Committees of the American Association of Petroleum Geologists. He has a Bachelor of Science from the University of Notre Dame and a Master of Science from Michigan State University.